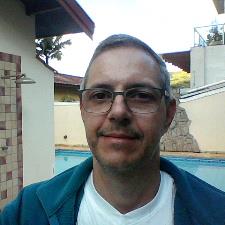 Dr. Tacitano was the Chief of the Metropolitan Agency of the São Paulo North Regional Labour Office from 2002 to 2004. He was Chief of the Section of Work Relationships from 2005 to 2009 and from 2009 to 2019, Head of the Inspection Section of the São Paulo North Area Regional Labour Office. He has participated in several programs of OSH and has experience in some areas of Civil Engineering, with emphasis in Structures and Geothecnic and Safety Engineering.

He has perfomed works as a lecturer at Safety Engineering courses in several universities in the São Paulo Metropolitan area. He published several articles in the areas of Structural Engineering and Safety and Health at Work in many national and international events as well as in specialized and technical magazines.

While the contribution of GSCs to global economic growth and job opportunities is evident, their impact on the living and working conditions and the safety and health of workers raises important concerns. This session will examine innovative means that have been developed to improve working conditions and OSH in global supply chains.