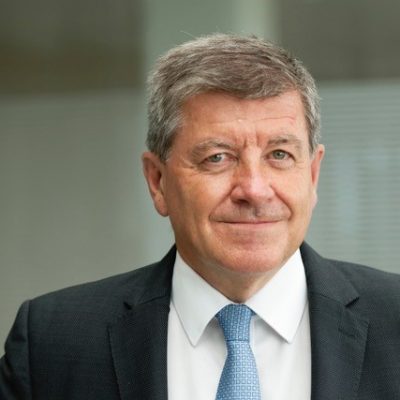 Guy Ryder first joined the ILO in 1998 as Director of the Bureau for Workers’ Activities and, from 1999, as Director of the Office of the Director-General. In 2002, he was appointed General Secretary of the International Confederation of Free Trade Unions (ICFTU). He was elected as first General Secretary of the International Trade Union Confederation (ITUC) when it was created in 2006. In September 2010, Guy Ryder came back to the ILO as Executive Director.

Born in Liverpool (UK) in 1956, Guy Ryder studied Social and Political Sciences at the University of Cambridge and Latin American Studies at the University of Liverpool. He started his professional career in 1981 at the International Department of the Trade Union Congress in London. From 1985, he held the position of Secretary of the Industry Trade Section of the International Federation of Commercial, Clerical, Professional and Technical Employees (FIET) in Geneva. In 1988, Guy Ryder became Assistant Director and – from 1993 - Director of the Geneva office of the ICFTU.